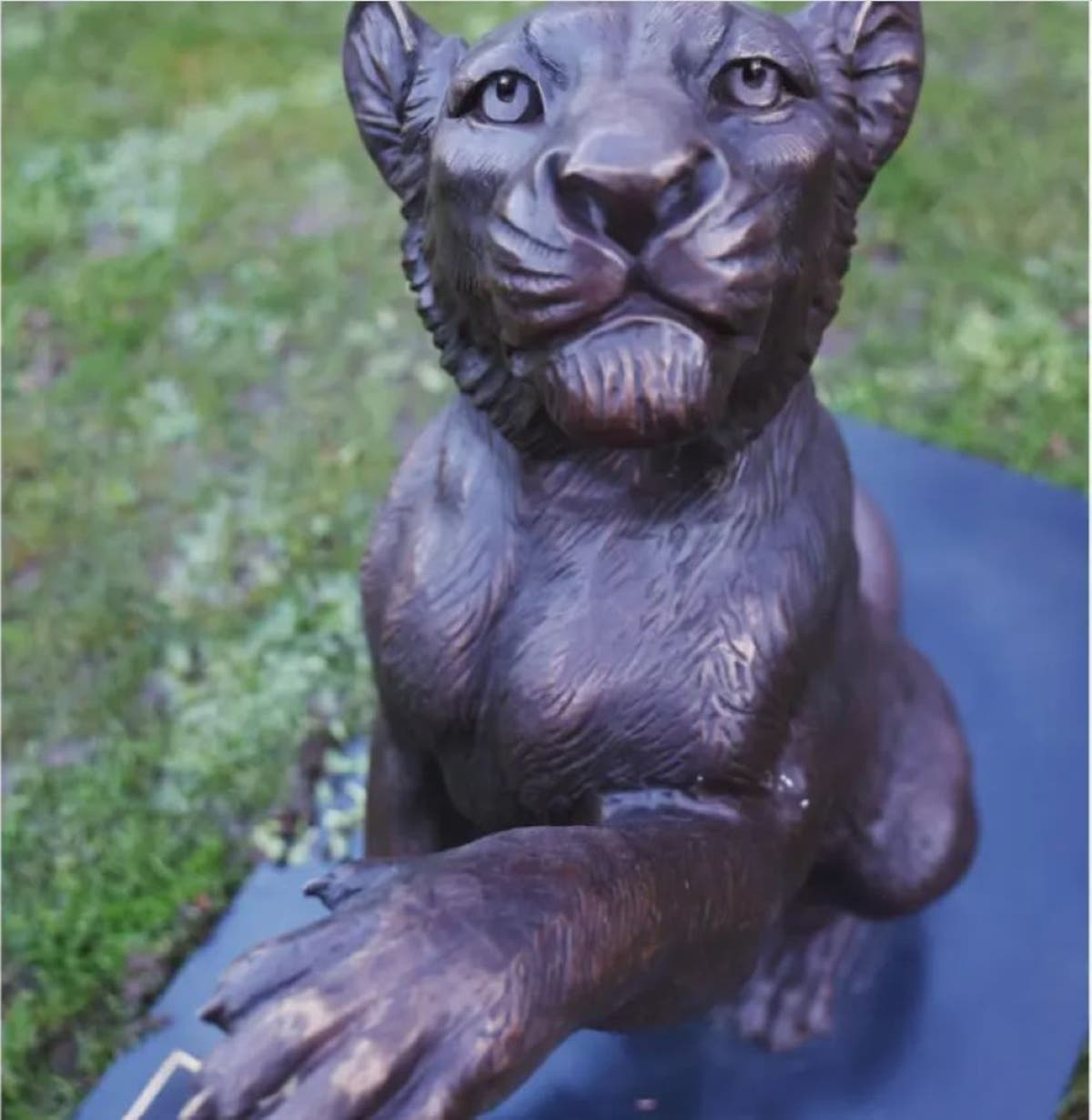 olice[1] are appealing for the public's help in tracking down a bronze sculpture of a lion that was stolen from an exhibition in Bristol[2]. Twenty-five life-size statues of the animals were installed on the Downs in Clifton[3] in early July by wildlife charity the Born Free Foundation. The charity, which campaigns against keeping wild animals in captivity, is hosting the free exhibition to mark the 100th birthday of its late founder, the actor Bill Travers.

The sculpture was taken from the Sea Walls section of the Downs, which overlooks the Avon Gorge, at some point between Wednesday July 27 and 8.30pm on July 28.

It weighs 190kg and was nailed to the ground with metal pegs, Avon and Somerset Police[4] said, and investigators believe the thief would have had a large vehicle and multiple helpers to lift the statue.

The exhibition is due to run until September 29, with donations used to raise funds for the Forever Lions Fund which was set up in Mr Travers' memory.

Anyone with any information about the theft is asked to contact police on 101 quoting reference number 5222180783.