issing student nurse Owami Davies could be sleeping rough, detectives said on Monday. The 24-year-old, last seen in Croydon[1], on July 7, has no money left on her Oyster card[2] used to pay for public transport and no access to her phone or bank cards. She was found asleep in a doorway in Clarendon Road, Croydon on July 6 while waiting for a friend, but told Metropolitan Police[3] officers that she did not need help and left.

Investigators are trawling through 117 reported sightings of Ms Davies, who had experienced periods of depression in the past for which she needed medical treatment, and had also used alcohol to deal with the condition. Officers said that she had used different names, but would not reveal what they were.

"We're still hopeful that we'll find her alive and well." Asked whether she could be sleeping rough, he said: "We're open to all possibilities and that is one current working hypothesis, that she is in that current situation with her life." Ms Davies left her home in Chafford Hundred, Grays[4], Essex[5], on July 4 and was reported missing to Essex Police two days later.

The Metropolitan Police officers who spoke to her on July 6 did not yet know that she was a missing person. 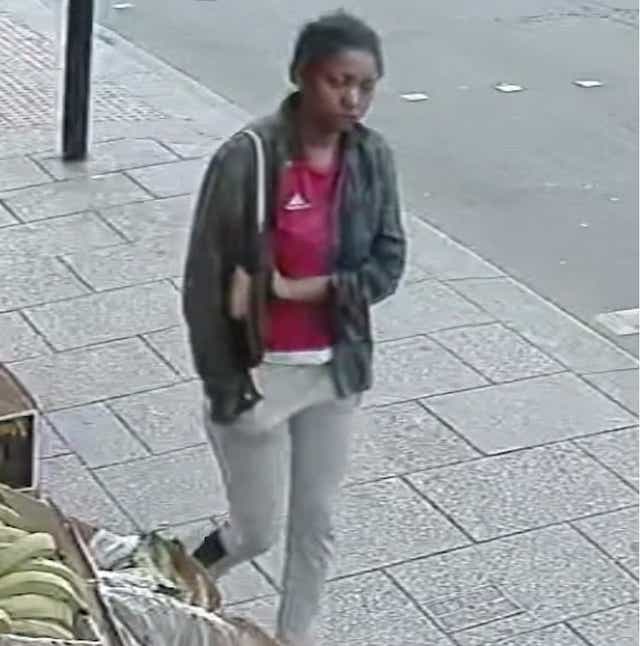 A CCTV image of Owami Davies walking north on London Road, Croydon away from West Croydon about 1230 on July 7 (Metropolitan Police/PA)

Mr Penney said: "On Wednesday July 6, officers were called to the Clarendon Road area of Croydon. "There were concerns for the welfare of a woman at the location. "Officers attended and called the London Ambulance Service, but the woman stated she did not want assistance and left."

Her family and members of an Independent Advisory Group have seen body worn camera footage of the interaction, but it will not yet be released publicly. Watchdog the Independent Office for Police Conduct is considering whether to investigate the police contact with Ms Davies that day. The missing persons investigation was passed to the Metropolitan Police from Essex Police on July 23, and taken over by the Specialist Crime squad on August 1.

Around 50 officers are currently working on the investigation, and they are getting advice from the National Crime Agency.