Officers of Police Scotland have released a CCTV image of two men they believe may be able to help with their enquiries following a serious assault in Glasgow which occurred at around 4.10pm on Monday, 14 March, 2022, on Kelvinhaugh Street, Glasgow. A 26-year-old man was taken to the Queen Elizabeth University Hospital for treatment and was later released. Officers believe the two men pictured may hold information which will assist with their ongoing enquiries. 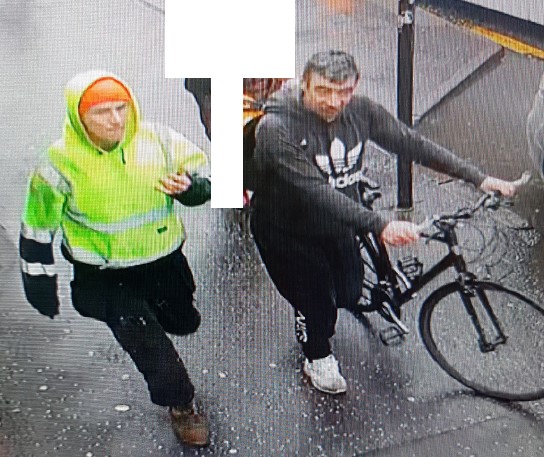